The smallest ship of the P&O Cruises fleet, Adonia was named, or rather, re-named, in May 2011. The ship was actually built in 2001 as R8, the eighth in a series of vessels commissioned by the now-defunct Renaissance Cruises. In its time, Adonia has sailed both as Minerva 2 for swan Hellenic Swan and Royal Princess for Princess Cruises.

Adonia’s seven sisters are scattered across the fleets of Oceania Cruises, Azamara Club Cruises and Princess Cruises, all lines that have made adaptations of their own to these eight identical vessels. But some of the original features in the series were so strong that most lines, including P&O Cruises, have kept them: a sweeping staircase opening grandly into the lobby, an elegant library with a faux fireplace and trompe d’oeil ceiling and space aft of the sun deck for two alternative dining venues with sweeping views over the ship’s wake.

What’s significant about Adonia for P&O Cruises is the fact that it’s a ship going back to the line’s Middle England roots, rather than trying to be something flashy and feature-packed like Azura, the last new-build for the company. On Adonia, there’s ballroom-dancing, afternoon tea, thought-provoking lectures and no kids. This is an adults-only ship, like Arcadia and, from November 2011, Oriana, with grownup entertainment. 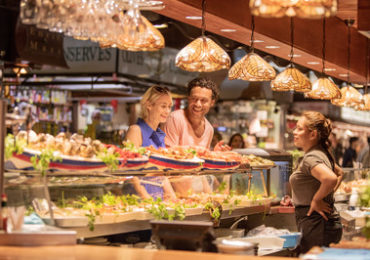 The ship underwent a makeover before its U.K. debut in the Bahamas. Royal Princess got the P&O Cruises treatment and emerged with the trademark yellow funnel and a few changes to the interiors: a clubby Anderson’s lounge, where Princess had a casino; two beautiful, new alternative restaurants; and, all-important for British cruisers, a full set of tea-making equipment for the cabins.

The idea is that Adonia will sail longer, more in-depth itineraries than the standard range of ex-Southampton cruises offered by its big sisters, calling at out-of-the-way ports and offering a wide range of shore excursions. It’s true that, on my Norwegian fjords cruise, there was a particularly wide choice of tours, given the small size of the ship, with an enthusiastic take-up. 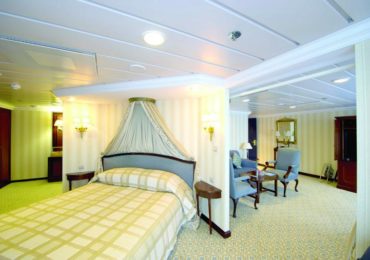 When a small ship works well, there’s a marvellous camaraderie among passengers, and between passengers and crew. Certainly, the service on my cruise was outstanding. The crew seemed content, and many went out of their way to offer service beyond the call of duty. Waiters learn passengers’ names quickly, while bartenders make time to chat. Yes, there were a couple of niggles; some of the entertainment (quizzes and deck parties, in particular) was a bit laboured, and not all passengers were happy with the presentation of their cabins. But generally, Adonia seems almost the perfect size of ship: big enough to have plenty of facilities, but small enough to feel like home.