Why the Queen Mary2 is in a class of her own

Cunard’s Queen Mary 2 is truly unique, she is the world’s only serving ocean liner to date, after the retirement of the Queen Elizabeth 2 in 2008. 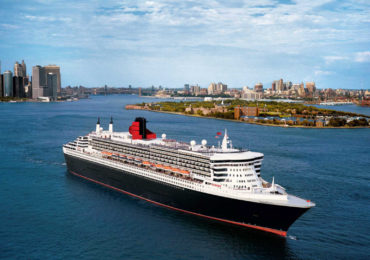 As well as being the only one in the world, she is also the largest commercial ship to date. Naval architect, Stephen Payne, designed the Queen Mary 2’s exterior. His challenge was to give the ship an authentic resemblance to previous historic liners, for instance he incorporated a third-of-a-mile long Promenade Deck to mimic what was once the pinnacle of on-board social life during the Golden Age of cruising.  Being the largest she was also the most expensive with the eventual cost of £550 million (almost £210,000 per berth!), the budget was due to her need for 40% more steel than would ordinarily be necessary to enhance her endurance against rough Atlantic seas.

Queen Mary 2 was launched by the Queen herself in 2004, being the first liner built since 1969 she is the flagship of Cunard’s fleet. In May 2010, Queen Mary 2 played a prominent role in Cunard’s 175th Anniversary celebrations. She began her journey from the mouth of the Mersey onto Cunard’s home of Liverpool. Two Months later, Queen Mary 2 replicated the maiden voyage of Cunard’s first ship, the Britannia, from Liverpool to Halifax, Nova Scotia where she was greeted by a 21-gun salute as she continued her journey on to Boston. 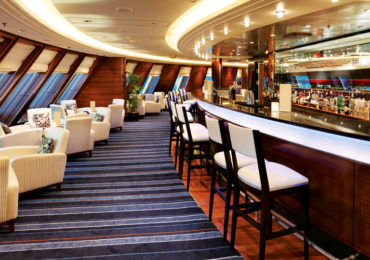 As if it wasn’t enough being the worlds only, largest and most expensive ocean liner, 12 years after her launch the Queen Mary 2 was given a £90 million refurbish, Cunard’s most expensive makeover in history. She now appears brand new as she was treated to 594,000sqft of new carpets (over 10 football pitches worth!) and repainted using 3,900 gallons of paint. This remastering is meant to recall Cunard’s previous flagship the Queen Mary. The general imperatives of the voyage remain the same with division of staterooms, Britannia and Grill, each having different dining room and incentives, also Cunard has listened to Grill passengers’ request for an increase in tables for 2 and has followed this through in both Princess Grill and Queens Grill. 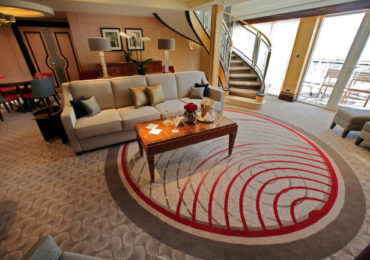 So, the world’s largest ocean liner, most expensive to initially create, most expensive to remaster and only ship currently making regular transatlantic crossings between New York and Southampton, she is also home to the largest ballroom and the largest library at sea, and has the only kennels and planetarium at sea. During the refurbishment an extra 12 kennels were added making a total of 24 which can fill up a year in advance, there is also an owners lounge, so pets can be played with indoors.

There are many other factors as to why Queen Mary 2 is unique, but it’s unquestionable that she is a truly remarkable, distinctive vessel.