Some of the World’s Most Exotic Destinations

Whilst I have numbered these locations, they are not in any particular order. Nor have the obvious been included just in case you wondered why the most well known are not here. 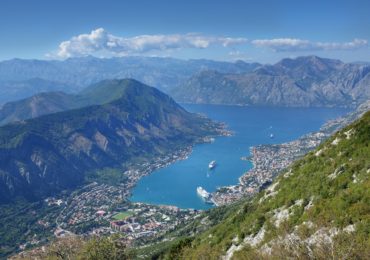 Simply known as Boka, this winding bay will engulf you with its emerald waters and picturesque mountains. The shoreline houses beautiful medieval towns like Perast, where you can stop for a meal and interact with the locals. 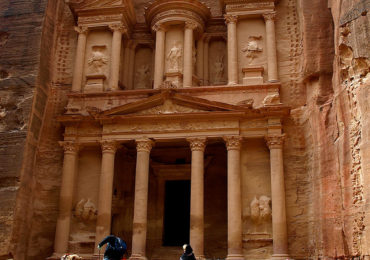 Rising out of a cliff between the Red and Dead Sea, the lost city of Petra still has secrets to reveal. It has several tombs and carved structures spread across a sandy landscape. Many scenes from the Hollywood blockbuster Indiana Jones and the Last Crusade were filmed here. 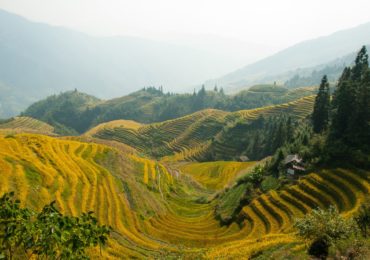 These stunningly beautiful terraced rice fields received the name of Dragon’s Backbone because the rice terraces resemble a dragon’s scales while the summit of the mountain range looks like the backbone of the dragon. 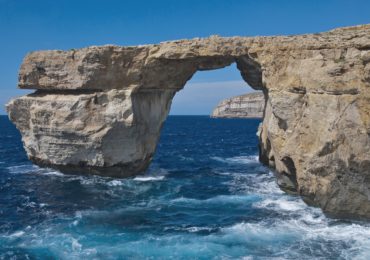 The enchanting island of Gozo, is an integral part of the Maltese archipelago. Besides being one of the top diving destinations in the Mediterranean, it boasts of mystical backwaters, historical forts and amazing panoramas. 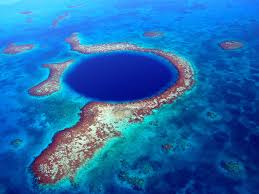 This submarine sinkhole off the coast of Belize is in every scuba diver’s bucket list. Even if you are not into enjoying a myriad of species underwater, it’s totally worth flying over the Blue Hole for a breathtaking view. 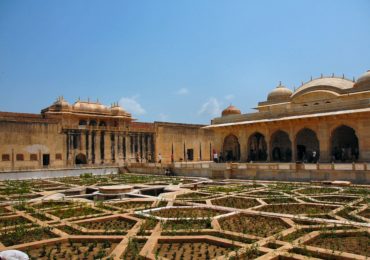 A majestic structure sprawling on a hilltop, Amer fort’s architecture is a magnificent blend of Mughal and Hindu influences. Made out of red sandstone and white marble, it consists of a series of courtyards, palaces, halls, and gardens. 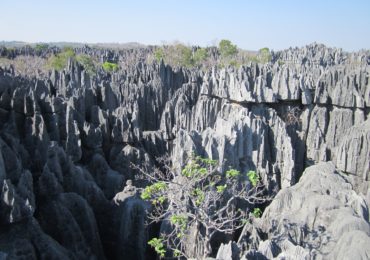 It is truly intriguing that wildlife can happily exist amidst razor sharp vertical rocks in this mesmerizing forest. You can hike around the bizarre pinnacles of limestone and observe different kinds of birds and lemurs. 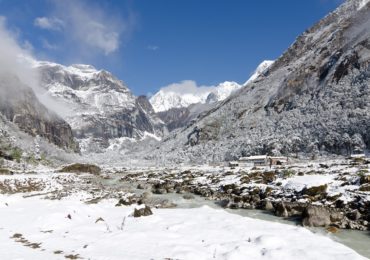 There are no roads to Namje. The only way to get to the Nepalese village is along a series of footpaths with views of Mount Makalu, the world’s fifth-tallest peak. 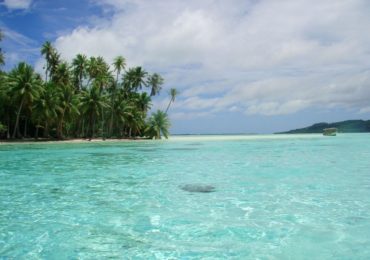 Most people head to Bora Bora or Tahiti, but why not explore the intimate and exquisite island of Taha’a instead? The landscape is dotted with several vanilla plantations and traditional pearl farm huts.

From lush olive groves to perfect bays, every scene seems as if it was lifted from a postcard. The calm beaches are ideal for sunbathing and frolicking. 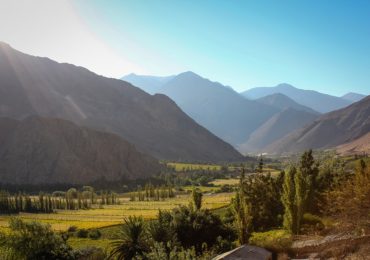 Those who love to star gaze, look no further than the clearest skies in Pisco Elqui. Surrounded by magnificent Andean mountains, this Chilean village enjoys perfect weather year round. 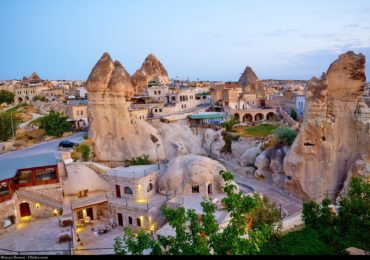 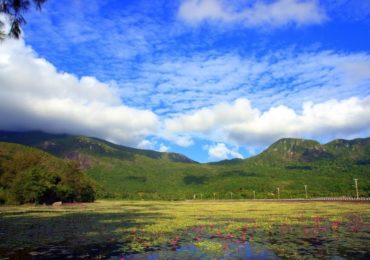 In addition to hiking and exploring empty coastal roads and deserted beaches, there are some excellent wildlife-watching opportunities in the islands of Con Dao. Most of the land area is part of Con Dao National Park, which protects Vietnam’s most important sea turtle nesting grounds. 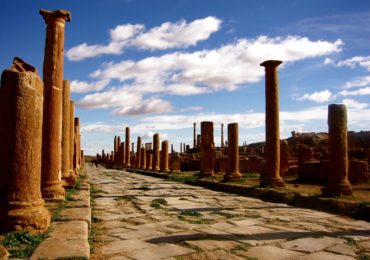 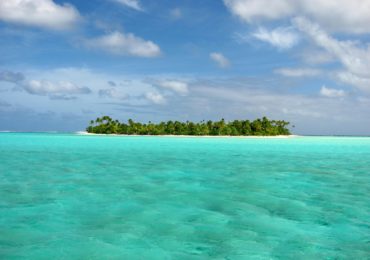 Many are of the opinion that Cook Islands are the best kept secret in the Pacific Ocean. The 15 islands are scattered over a vast expanse of seductive and sensuous ocean, boasting of idyllic climate and rare beauty. 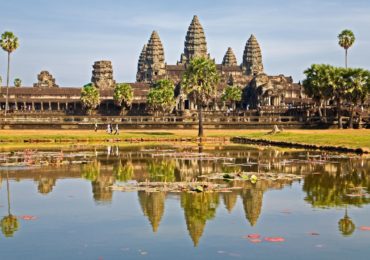 Built by the Khymer civilization, Angkor Wat is the most famed Cambodian temple, which even appears on its national flag. The architectural genius unfolds many enduring tales of Cambodian history. 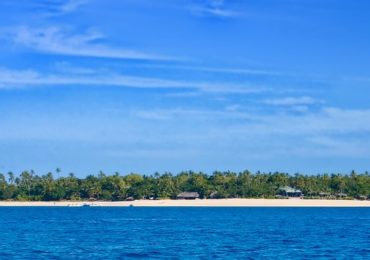 No list of exotic destinations can be complete without mention of Fiji, an archipelago of over 300 islands in the South Pacific Ocean. Besides pristine white sandy beaches and fish-packed coral reefs, there is ample opportunity to climb a mountain, soak in a hot spring or explore a village. 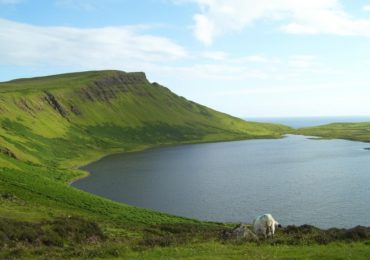 The stunning scenery in the backdrop of the misty Cuillin hills offers beautiful hikes and spectacular photos. 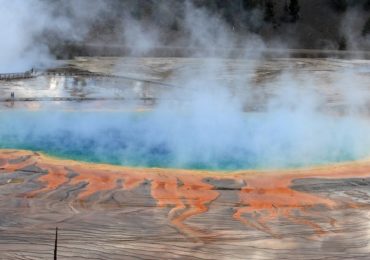 Home to the famous “Old faithful” geyser, Yellowstone still remains an unspoiled natural beauty. You are bound to see legendary wildlife wherever you go, be it grizzly bears, wolves or antelopes. 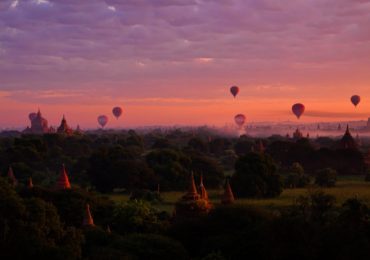 Bagan boast of the largest and densest concentration of Buddhist temples and stupas in the world. For an unparalleled view, you can take a hot air balloon ride at sunrise.

Inspiration to Conan Doyle’s Lost World and Avatar, this place is an extraordinary natural geologic formation. It serves as the natural border between Venezuela, Brazil and Guyana in South America.

Known as the most beautiful river in the world and the “Liquid Rainbow”, this Colombian wonder is a must visit if you are heading to South America. The best time to travel is July – November when the river bed is full of gaudy colors like green, yellow, blue, black and red.

The world largest salt flat is breathtaking, especially after rain when it creates a mirror effect. The salt is about 10 meters thick in the center.

Red Beach is located in the highest wetland and reed marsh in the world. It is vividly red and not covered in sand at all. The color is from a type of sea weed called Sueda, which stays green during summer and turns red in autumn.

Isolated Socotra looks like a sci-fi movie set. It is home to 800 rare species of flora and fauna, about a third of which are not found anywhere else in the world.

When you sink your feet into white silica sand that is amongst the purest in the world, you will know why people come here from all over the world.

The world’s oldest and deepest lake is an ice-lovers paradise. Adventuresome tourists have driven and walked over the frozen lake, but you can kayak, skate or bike.

Resulting from a volcanic eruption 60 million years ago, Giant’s Causeway is an integral part of Ireland’s heritage. The most characteristic feature of the site is the exposure of large, regularly shaped polygonal columns of basalt in perfect horizontal sections.

There is something magical and mystical about castles, especially the Neuschwanstein, which is an inspiration to Disney’s Cinderella castle. It reflects the eccentric life of King Ludwik who withdrew into a world of myth upon losing his sovereignty.

There is a reason why camera-clutching tourists shuffle their way through soaring stalks of bamboo. But the pictures don’t do justice, so add this to your list of “places to see before you die”.

Easily mistaken for a pool of strawberry milkshake, the bizarre color of lake Retba is actually a natural phenomenon. Thanks to its high salt concentration, it is a habitat for salt-loving microorganisms that bring out the pink colorization.

The travertine (a sedimentary rock deposited by flowing water from two distinct mineral springs) terrace is a scenic natural wonder in the highlands of northern Iran.

Lifted from a dream, Sossusvlei is full of picturesque sand dunes surrounded by clay pans. The most surreal attraction is the Deadvlei, where the dead acacia trees contrast the white shiny salty floor of the pan.

Wish to stand at “Hell’s door?” Head to Derweze, a giant illuminated hole rich in natural gas, in the middle of the Karakum dessert. The crater is made by geologists more than 40 years ago, and the flames within have been burning ever since.

The private island of Fregate is an ultimate honeymooner’s delight. It is one of the world’s most exclusive resorts with seven pristine beaches to choose from. Simply close your eyes and think idyllic.